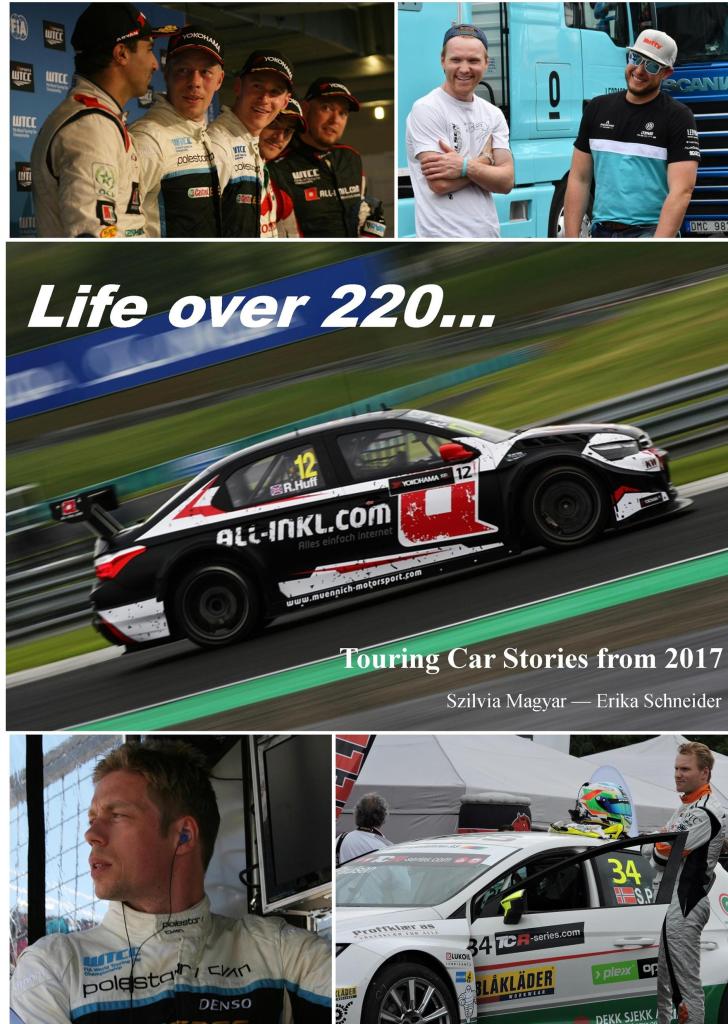 The following book has been made in a non-profit concept. You can order only e-book by this time, and if you wish to express your appretiation you can support our work via paypal, after we send the book for you vie e-mail.

This is not a book about international touring car racing in 2017 – it is much more! It is three stories about three drivers. About the Norwegian, who sacrifices everything to fulfil his dreams – and he doesn’t dream bigger than anybody else, still he needs to fight much more than others. About the British champion, who hoped to clinch the world title again and also fought his own fights on so many different fields. He faced personal problems, mechanical failures, stewards’ inconsistency, clashing events of three different series he was racing in. And about the Swede who fulfilled his dream and became the last ever world champion of WTCC.

But it’s also a personal story of a journalist’s, who fell in love with touring car racing more than 10 years ago, and a photographer’s, who took photos worth more than a thousand words.

Obviously we run races with cars, organize racing series under political decisions, and take pole positions according to lap times. But stories are about people. So, it’s racing, nevertheless very personal at some points…

If you order an e-book you can download it directly from your e-mail box from 14th April, 2018.

The layout of the book is A/5 format for making easier to print it at home.